If you're currently involved in the construction process, for example having a home custom-built, it may be difficult for you to tell the difference between a surveyor and an engineer. Both visit the site frequently to examine the work as it progresses. A surveyor and an engineer will often be found working on the same project; these two professions have complementary skills, but vastly different jobs, though the differences can be difficult to ascertain if you're not a trained professional. 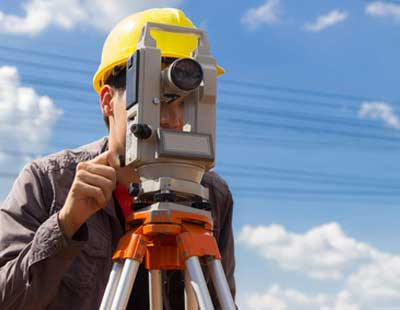 A surveyor provides site information to both engineers and architects, allowing them to take site-specific details into account when making their plans. For example, the engineer determines how much weight a bridge can hold, while the surveyor provides input on precisely where the bridge footings should be located on the land.  The surveyor is nearly always called upon to survey the site before any construction or planning begins. The survey undertaken by the land surveyor provides a basis to advise the engineers on the optimum location for the structure. The engineer's drawings must consider the actual lie on the land; the engineer cannot simply assume that the land in question is perfectly flat and devoid of obstructions.

The land surveyor's responsibilities are many, particularly when it comes to dealing with engineering.  Surveyors are often involved during the blueprint-drawing phase of the project, providing GPS coordinates and other data for inclusion in the plans. This data will then be referred to by the construction crews.

On the construction site itself, rarely will the survey be conducted by a single person. Even with today's technology, engineering projects usually require a team of surveyors to generate all the distances and angles that need to be measured at a given site. This is particularly true as the project is being constructed, resulting in many more possible measurements than the site as vacant land.
Wherever you find a construction or an engineering project, you will invariably find one or a team of surveyors. Depending on the specific activities being undertaken at the site, the surveyors may be conducting a property survey, a construction survey, an as-built survey, a topographic survey, or any number of other survey types, though you can bet that at least one type of survey is involved in every project.

To schedule an appointment with property surveyors in Bergen County NJ, call 973-647-7820.

Omland & Osterkorn are certified  Engineers in northern NJ  with more than two decades of combined experience.   Engineers in Northern N... 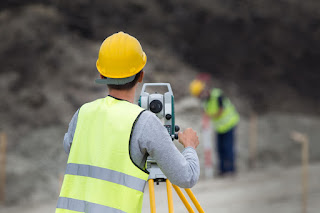